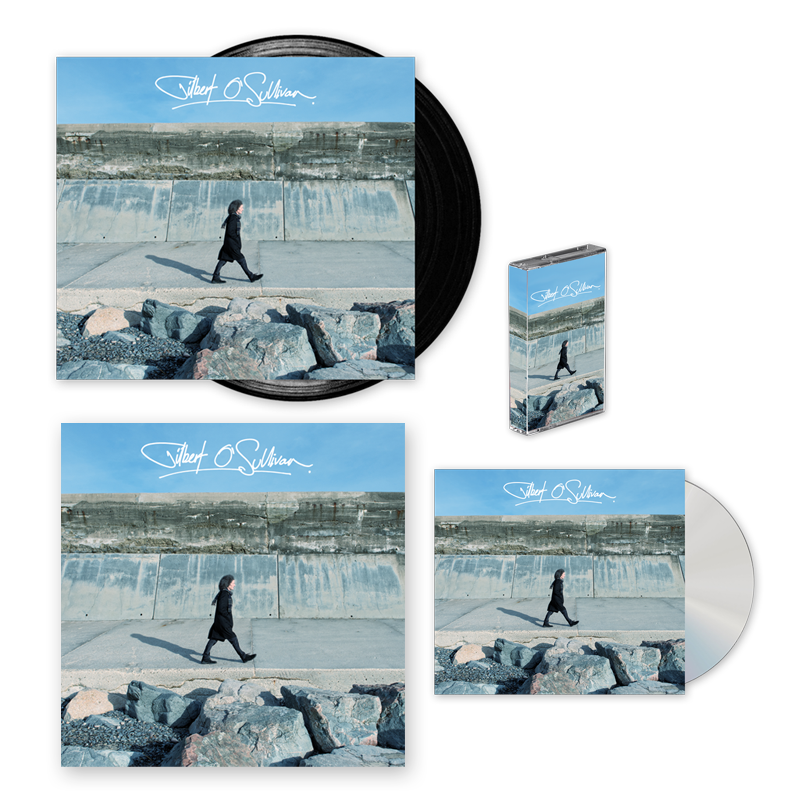 *product may differ to image displayed

Gilbert O’Sullivan’s unique blend of melodic craftsmanship, witty wordplay, topical acuity and surrealist humour has given him an enduring and endearing career.

Now recognised as one of our great singer-songwriters, he’s been championed in recent years by everyone from Morrissey to Paul Weller, from Difford & Tilbrook to Neil Diamond. There’s a case for him being our own Randy Newman or Harry Nilsson. Certainly Ethan Johns (Kings Of Leon, Paolo Nutini, Laura Marling, Tom Jones, Paul McCartney) who produces his new album “Gilbert O’Sullivan”, is a clued-up enthusiast. “I’ve been a fan of Gilbert’s for years,” he says. “He’s a true original.”

Gilbert’s 19th studio album since his 1971 debut “Himself” feels in some ways a kindred spirit to that record, which yielded his first hit “Nothing Rhymed”. It’s organic, almost live feel is encouraged by Johns and the songs sail on the perennial O’Sullivan strengths of evocative tunes and wry insight. Yet while there are nods to nostalgia, as in the centrepiece “Dansette Dreams And 45s”, the deft, droll observations on today’s world remain eagle-eyed.

As Gilbert says, “The reason I’ve never lost the joy of song-writing is because you never know where something will lead,” he says. “Once you get into writing a song, you can’t resist taking it that little bit further…”

In the zone again, naturally. Will Gilbert O’Sullivan surprise and intrigue you on this new album? He will.